Nigeria airports to reopen for international flights on August 29

0
Aviation Minister Hadi Sirika says four flights will begin landing daily in Lagos and four in Abuja. Nigeria’s aviation minister has said the country will reopen its airports for international flights from August 29, introducing protocols to minimise the risk of coronavirus infection. Home to some 200 million people, Africa’s most populous country has registered 49,068 confirmed coronavirus cases and 975 related deaths. Some 36,500 people have recovered so far. Nigeria’s airports have been shut down
Read More

5 Forbidden Places You Are Not Allowed To Visit

0
There are some places that are forbidden to visitors except you’re a researcher or a daredevil willing to part with your health or life in some cases. Listed below are 5 forbidden places that you should take off your travel bucket list: 1 North Sentinel Island North Sentinel Island is one of the Andaman Islands, in the Bay of Bengal. The heavily forested island is surrounded by coral reefs and lacks natural harbours. But finding
Read More

0
Another source at the scene of the incident said the Middle East Airline and others had been carrying out commercial operations under the disguise of evacuation flights. There was uproar at the Muritala Mohammed International Airport, Lagos, on Wednesday after two airplanes collided at the international wing of the airport.An Airbus A330-243 owned by Middle East Airlines with registration number OD-MEA, ran into a Boeing 777 airplane with registration number TC-LJC operated by Turkish Airlines.Sources
Read More 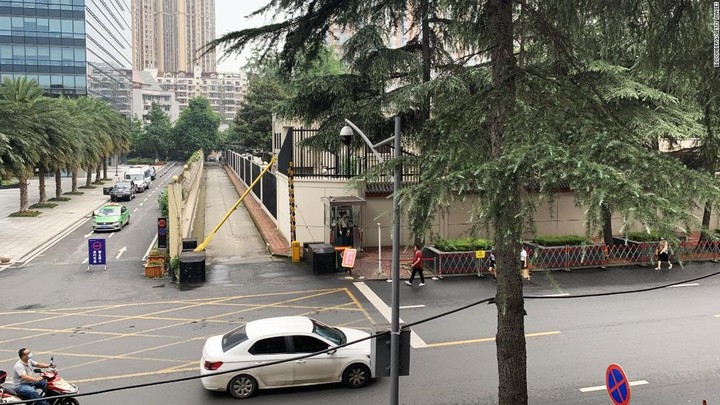 China Orders Closure Of US Consulate In Chengdu

0
Hong Kong(CNN) China has ordered the closure of the United States consulate in Chengdu, days after Washington forced the Chinese consulate in Houston to cease operations. A statement from the Ministry of Foreign Affairs said US diplomats in China had been notified Friday morning that Beijing was revoking the license for the Chengdu consulate in China’s southwest, which has been ordered to “stop all business and activities.” It added that the US had “unilaterally provoked
Read More

0
Thousands of Nigerian students abroad are currently faced with serious challenges on account of the coronavirus pandemic and the growing possibility that the disease could be around for much longer. Burdened already by exorbitant fees, the global health challenge has dislocated their study, leaving them stranded in host nations. But resorting to Nigeria’s ailing educational sector is a grim choice they may not want to make. According to a report by Nairametrics, a financial resource
Read More